Until now, it has not been possible to determine the element silicon by means of ICP-OES (inductively coupled plasma optical emission spectrometry) because in the standard digestion procedure according to DIN 51086-2 (for testing oxidic raw materials and materials for ceramics, glass and glazes - Part 2), the open complete digestion with hydrofluoric acid-perchloric acid-nitric acid, the element silicon escapes in gaseous form as silicon tetrafluoride and is therefore no longer present in the aqueous form required for analysis.

Success with means of special digestion

The IGR (Institut für Glas- und Rohstofftechnologie GmbH) in Göttingen has now succeeded in developing its own method, which for the first time enables the determination of the element silicon by ICP-OES with means of special digestion. 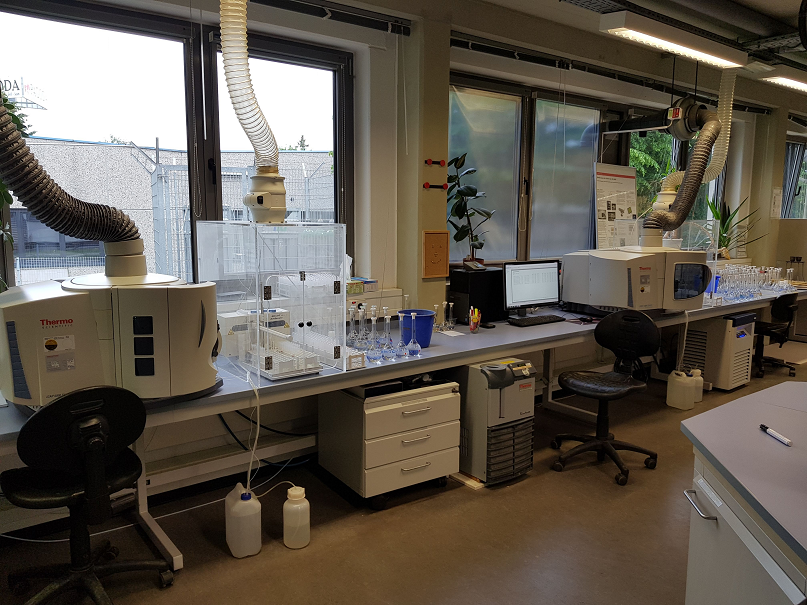 ICP-OES workplaces in the IGR laboratory

Tested and recognised by the German Accreditation Body (DAkkS)

This new method was tested and recognised by the German Accreditation Body (DAkkS) during the last system monitoring of the IGR in November 2020. The scope of the accreditation could thus be extended to include the analysis of the element silicon in glass systems as well as silicon-containing raw materials using ICP-OES.

As far as we know, the IGR is currently the only testing laboratory in accordance with DIN EN ISO/IEC 17025:2018 of all the testing and calibration laboratories on the market that can offer silicon analysis by ICP-OES, with corresponding special digestion, in the accredited area.